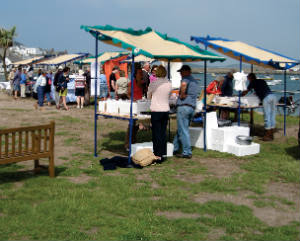 On the first Thursday of every month, St.Mary's hosts a local produce market; this is either on Holgate's Green or in the Town Hall, depending on the weather! The market helps to encourage more sustainable lifestyles not only by supporting the island farming community but also by reducing the distance that food has to travel to reach your plate. The market is advertised locally on posters but generally opens from 10.00am until 2.00pm. The initiative came from the AONB (Area of Outstanding Natural Beauty) and the first market was held in September 2006.

AONB Officer Louise Graham says, "This market is part of a local food initiative identified in the AONB management plan through a public consultation process. The community felt it was important to raise awareness of, and promote the local produce already available on the islands. A Local Produce Directory produced in 2004 has been hugely successful in achieving this and showing there is a high demand from visitors and islanders for locally produced food. The local food market was an opportunity for local producers to showcase their produce and make direct contact with their customers. By organising this market we can test its success and hopefully go on to give the producers the chance to organise more markets in the future." 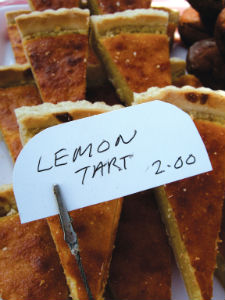 The first market was officially opened by John Sheaves, Chief Executive of Taste of the West, Cornwall who included the following in his opening speech:

"We know that 70% of consumers in the UK want to buy locally produced food and so are confident that the first local produce market on the Isles of Scilly will be a positive success. The local produce market is an exciting opportunity for the Isles of Scilly to benefit economically, socially and environmentally from building an ethical supply chain, producing their own food for consumption on the islands. The high standard of locally produced food and drink can benefit tourism and the islands local economy while food and drink production can help to protect their environment. The consumers at the market will be playing an important role in this supply chain and we hope that they support local producers and make the markets a regular event."

The Local Produce Market has since become a regular and very well attended event, with new stall holders joining all the time. Martin Goody from Trenoweth 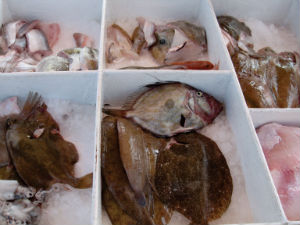 Research Station also puts on an impressive display of vegetable crops including, Swiss chard, Golden Globe courgettes, carrots and a variety of red and green chillies.

An exciting variety of freshly caught fish is displayed by Martin Bond from St Mary's including John Dory, red gunard, plaice and squid. Sue Hicks gives a fascinating food demonstration featuring locally sourced natural ingredients from around the islands including samphire and bladderack seaweeds, and local fish and vegetables from other producers. Her samples of homemade seaweed toasties and Samphire pickle are a huge success with customers. 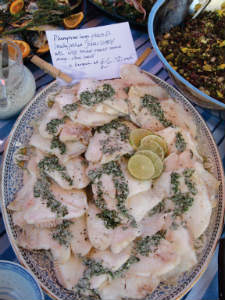 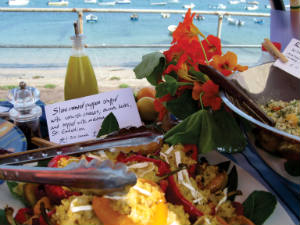 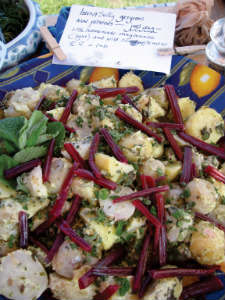 We feature some of the main stall holders below... 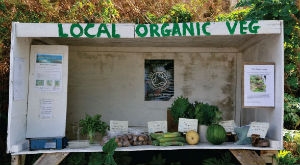 Jonathan Smith offers a selection of vegetables and salad leaves grown on St.Martins.

"Scilly Organics is an organic market garden on St Martin's, Isles of Scilly growing fruit and veg that is all sold locally. Established 7 years ago, we now grow on about 4 acres of organically-certified land rented from the Duchy of Cornwall. Our land is very sandy so we use seaweed, compost and green manures to build organic matter in the soil. Healthy soil produces healthy plants, and we encourage a predator-pest balance by developing the ecology of the farm. All our produce is picked fresh every morning and we don't sell anything that we don't think tastes excellent." 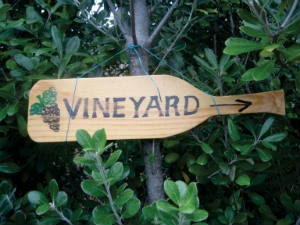 St.Martin's vineyard is represented with their interesting range of wines.

"St.Martins has a mild climate, and the vineyard enjoys a favourable position as the most southwesterly in the UK. The unique flavour of the wine is influenced by the black granite soil, the pure sea air and above average annual hours of sunshine. This combination ensures the full ripening of the grape varieties selected for the location. The white wines have a light, fresh and delicately fruity flavour. Served lightly chilled, they are a good accompaniment to seafood and light meals, or on their own as an aperitif." 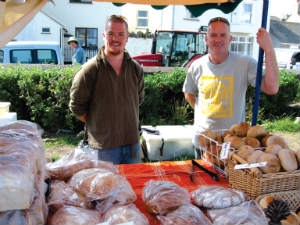 "A small traditionally run bakery situated at Highertown, St Martins in the Isles of Scilly some 30 miles south west of Land's End, basking in the warm airs of the Gulf Stream. We produce a wide selection of English and continental breads, pastries, tarts and pies all made by hand on the premises using largely organic locally sourced produce. We also produce a huge selection of filled rolls, quiches, salads and authentic Cornish pasties using locally raised island beef and locally grown potatoes. We also catch and smoke our own Atlantic salmon and local grey mullet which can be enjoyed in many of our rolls, pizzas and quiches. Our home smoked parma hams are something to be experienced as is our locally raised salt beef and horseradish rolls." 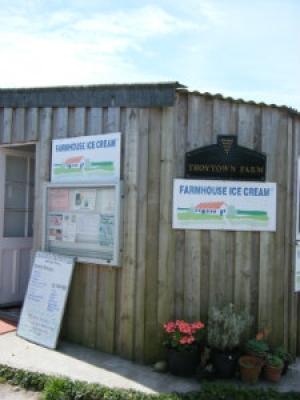 St Agnes dairy produce from Tim and Sue Hicks, including their famous Troy Town ice-cream in a range of flavours.

"Troytown was, until recently, a traditional Scillonian flower farm. This has gradually been replaced by our tiny dairy herd of Jersey and Ayrshire cows. We are now the only dairy farm in Scilly. We produce milk, clotted cream, hand-printed butter, ice cream and fruit sorbets and natural and fruit yogurt." 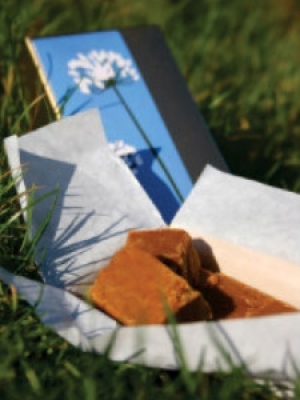 One of the market's regular producers include Kris Taylor with her delicious fudge from Bryher.

"We're a family owned and run business where old traditions still hold. The Taylor family started making fudge twenty years ago on our farmhouse kitchen Aga. At Veronica Farm, on Bryher in the Isles of Scilly, we now have a purpose built fudge kitchen - still using traditional farmhouse methods. Our delicious, buttery vanilla fudge is freshly handmade in the Veronica Farm fudge kitchen with top quality, local ingredients including Scillonian milk and butter. No artificial additives or preservatives are used."